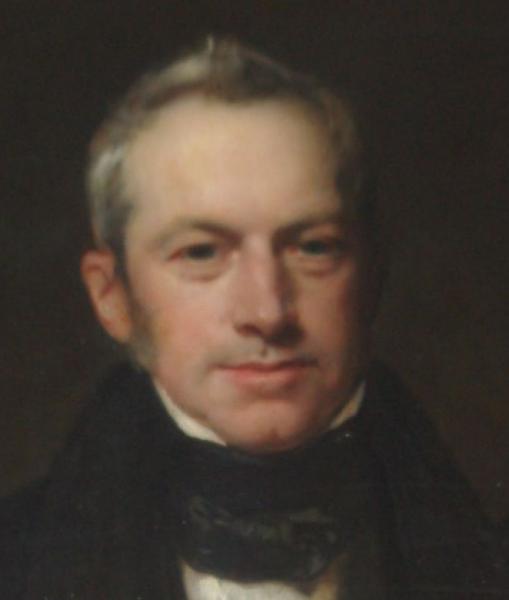 This issue of Telopea includes a number of papers presented at Robert Brown 200, an
international conference celebrating Robert Brown’s time in New South Wales and his
contribution to science. This conference, held at the Royal Botanic Gardens, Sydney on
8–10th May 2002, was one of a series around Australia, to celebrate the successes of
Matthew Flinders’s voyage, two hundred years after the Investigator touched various
points in its circumnavigation of the Australian coast.
Robert Brown (1773–1858) was selected by Sir Joseph Banks as naturalist for the
voyage (for biographical details of Brown see Mabberley (1985)). On 9th May 1802, the
Investigator dropped anchor in Sydney Cove, before beginning her circumnavigation
of Australia. Little did Robert Brown, the naturalist, know that he was to spend much
of the next three years based in New South Wales, a time of avid collecting but also
reflection on the enormity of the task ahead of him in bringing order to the materials
from the expedition as a whole. For a time he lived in a house on what is now the
Domain in Sydney, and we know that he botanised all over the area.
But this conference was not just looking back and celebrating Brown’s time here. The
meeting used his time in New South Wales as a benchmark from which to consider the
systematics of plants and the ecology of Australia in a modern context, and to look
forward to the challenges ahead. Robert Brown’s interests and influence were broader
than the flora of Australia. He had a lasting influence on botanical systematics in
general, and his microscopic work led to whole new insights and discoveries beyond
systematics in the fundamentals of plant-fertilisation and cytology.
From the standpoint of modern systematics, Brown’s re-introduction to the Englishspeaking
world of the natural system of classification was, and is, seen as a major
contribution. First set out in his great monograph of Proteaceae, largely concerned
with Australian species, it was further elaborated in his Prodromus florae novaehollandiae
(1810) and later his appendix to Flinders’s account of the Investigator voyage
(1814). Brown’s projected great Flora of Australia was never completed but in
monographs later he published a great deal more on Australian plants.
Brown wrote a pioneering monograph of the Asclepiadaceae-Apocynaceae and a
great essay on Compositae (1817). He also inserted monographs of families like
Sterculiaceae and Gesneriaceae in floristic accounts. He was responsible for the
recognition and circumscription of dozens of new families of angiosperms e.g.
Chloranthaceae, Winteraceae, Myristicaceae, Pandanaceae, Hypoxidaceae,
Hemerocallidaceae, Dioscoreaceae, Marantaceae, Lardizabalaceae, Phytolaccaceae,
Hamamelidaceae, Haloragidaceae, Santalaceae, Zygophyllaceae, Celastraceae,
Chrysobalanaceae, Oxalidaceae and Connaraceae; Cunoniaceae, Cephalotaceae,
Tremandraceae, Casuarinaceae, Combretaceae, Limnanthaceae, Myrsinaceae,
Myoporaceae, Pedaliaceae, Escalloniaceae, Pittosporaceae, Stylidiaceae,
Goodeniaceae and Calyceraceae, Haemodoraceae and Restionaceae.

Brown also published on mosses and ferns, and clearly distinguished the
gymnosperms from the angiosperms (Mabberley 1985, p. 252). He described the
biggest flower in the world, Rafflesia arnoldii from Sumatra (Mabberley 1985, pp.
219–238), and made important advances in the studies of this and other parasitic
angiosperms. Of other angiosperm groups where he made major advances, preeminent
are the Orchidaceae, particularly collaborating with Ferdinand Bauer, natural
history painter on the voyage, and later Ferdinand’s brother Franz, especially in the
pollination and fertilization studies on which Darwin was to build (Mabberley 1985,
p. 158). Another family where he made groundbreaking advances was the grasses.
In Australia we tend to grasp to us Brown, like Bentham later, for his work on our
flora, but both men worked monographically and therefore beyond the
phytogeographical constraints of Australia. They both also worked floristically on the
plants of other parts of the world. For Brown, his greatest plant geography
contributions were probably on the flora of Africa — notably the Congo basin, but also
west Africa and Ethiopia, besides Madeira. This work had a major influence on von
Humboldt, Lyell and through him, Darwin. Brown also worked on Indian, North
American and other temperate plants from China and many groups for Hortus
kewensis, effectively an encyclopaedia of cultivated plants of the period. But to show
his truly global influence, it is important that we realise he worked on a flora as distant
as it could be from Australia: the Arctic.
The papers presented here deal with a broad range of ‘his’ plant groups: Apocynacae
by Mary Endress; Gesneriaceae and Scrophulariaceae by Tony Weber; Restionaceae by
Barbara Briggs; Grasses by Lynn Clark; and Rhamnaceae by Juergen Kellerman.
Other papers relevant to Brown’s contribution to our knowledge of the Australian
environment, also presented at Robert Brown 200, are to be found in Cunninghamia
7(4) 2002.