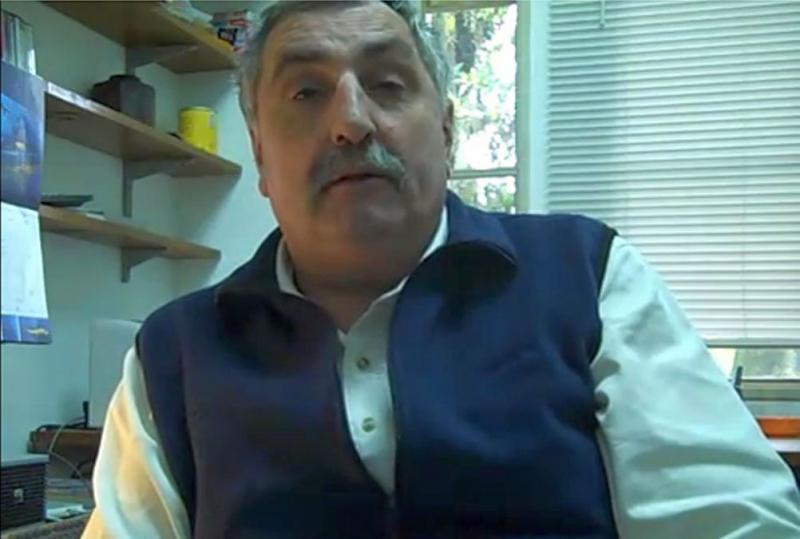 Fernando Zuloaga is the Director of the Instituto de
Botánica Darwinion in San Isidro, Argentina, and a member of the
scientific editorial board for its journal Darwiniana; Fellow
of CONICET; and Senior Researcher at the museum of and Professor of
Phytogeography at the Universidad Nacional de La Plata (UNLP), the
institution where he earned his Licenciado in botany (1974) and Ph.D. in
natural sciences (1978).

Dr. Zuloaga specializes in the taxonomy of both the family Poaceae
(true grasses) and Argentine flora. With support from CONICET, he has
travelled to the National Museum of Natural History of the Smithsonian
Institution in Washington, D.C., to further his research on the
biosistematics of South American Paniceas (1982-83) and taxonomy of the
tribe Olyreae (Poaceae: Bambusoideae) (1986). He has also worked
extensively at the Missouri Botanical Gardens, supported by Fellowships
from the Jessie Smith Noyes Foundation (1990-91) and the Guggenheim
Foundation (1990); his collaboration with experts there continues.

He has published over twelve dozen articles and eight books on the
systematics of vascular plants, especially of the family Poaceae, among
them his three-part study “El Género Panicum en la República Argentina,”
Darwiniana, I: 22 (1979), II: 23 (1981), III: 29 (1989); Classification of the outlying species of New World Panicum (Poaceae: Paniceae) (Smithsonian
Institution Press, 1985); (with Osvaldo Morrone and A. Escobar),
“Chromosome studies in American Panicoideae (Poaceae),” Annals of the Missouri Botanical Garden, 93 (2006); and more recently the first of three volumes of the Catálogo de las Plantas Vasculares del Cono Sur (Argentina, Sur de Brasil, Paraguay y Uruguay) (Missouri Botanical Garden Press, 2008), which he wrote and edited with Osvaldo Morrone
and Manuel J. Belgrano. For his checklist of the vascular plants of
Argentina, one of his long-term projects, Dr. Zuloaga received the
Premio “Conservar el Futuro” from the President of Argentina.

In 2002, he was named a member of the Academy of Sciences of Córdoba,
and the following year he garnered the coveted Premio Konex from the
Konex Foundation. He is also a member of the Botanical Society of
Argentina, and was its President from 1992 to 1994; the American Society
of Plant Taxonomists; the International Association of Plant
Taxonomists; and the Botanical Society of America. His important work
has earned him more than forty grants from CONICET in addition to
support from the World Wildlife Fund, the National Geographic Society,
the Smithsonian Institution, Fundación Antorchas, and the Mellon
Foundation.